He really can’t remember the talking testicles, would love to play King Lear and is excited about finally getting his cop show.

In an interview with The Independent, Roger Allam talks about growing his own vegetables, fatherhood, his new-found love for The Globe and more. 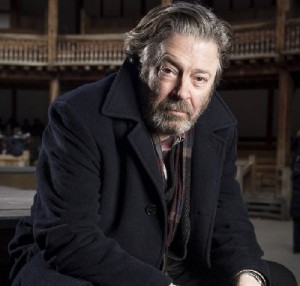 “Playing Mannion, he concedes, did rather change the game for the 59-year-old Roger Allam, who now merits stopped-in-the-street status. He gets lines quoted back at him, both by Thick of It obsessives and fans of his radio show, Cabin Pressure, who have either binged on box sets or watched something “again and again and again and again”, which has the curious upshot of fans “knowing the text of [episodes] far better than me. I’ve forgotten it,” he adds, perhaps playing up his absent-mindedness to stop me quizzing him about his private parts again.”