In the run up to Endeavour, episodes of Inspector Morse are being shown each night at 10:50 on ITV3 (with a catch up service available on itvplayer). For those of you who would like to know some background information before the new series starts but don’t have around 66 hours to spare, here’s a summary to help you to understand more about the enigmatic character of Endeavour Morse. 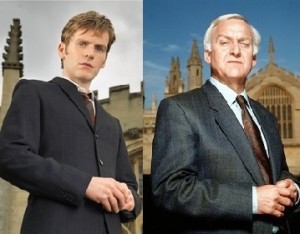 Set in Oxford, the many crimes (mostly murders) which were committed over the course of the 33 episodes were frequently related to the world of academia and were seldom run of the mill. In the first episode ‘The Dead of Jericho,’ for example, Morse names Sophocles as a suspect in a murder enquiry, much to the bewilderment of his Sergeant.

Despite the solutions discerned from crossword clues and the Wagnerian criminals, however, it is the relationship between Chief Inspector Morse and Sergeant Lewis that lies at the heart of the series and gave the show such popularity that even Morse’s death could not end the saga; in the wake of the original series came first a sequel, Lewis, following the career of the now promoted ‘Inspector Lewis’ and, 25 years after the first episode aired, a prequel, Endeavour, the pilot episode of which attracted over 6 million viewers and prompted a full series which will be airing shortly.

10 THINGS YOU SHOULD KNOW ABOUT MORSE

1. Morse’s unfortunate first name- Endeavour- came about as a result of his father being obsessed with Captain Cook and his mother being a Quaker. Inspector Thursday (Roger Allam) is the only character to date to call him by the name which wasn’t revealed until the 31st episode (or 12th novel) ‘Death is Now My Neighbour’ in which, coincidentally, Roger Allam also had a role.

Prior to the revelation of his name it was joked that his first name is ‘Inspector’ and mentioned that, in his university days, Morse was known as ‘Pagan’ owing to his apparent lack of Christian name and his general dislike of religion.

My mother was a Quaker, and Quakers sometimes call their children names like ‘Hope’, and ‘Patience’. My father was obsessed with Captain Cook, and his ship was called Endeavour.

(Death is Now My Neighbour) 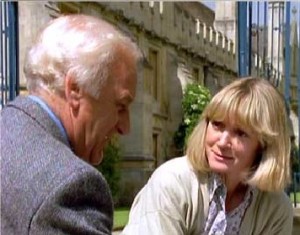 2. His parents divorced when he was 12 with his mother dying three years later (in Endeavour, Morse states that his mother died when he was 12. To give the writers the benefit of the doubt we’ll say that he was being metaphorical here). Afterwards, he had to go and live with his father, implied in Endeavour to have been an alcoholic who lost his license as a taxi driver, and his stepmother with whom he is not on good terms (in ‘Cherubim and Seraphim’ it is revealed that her petty bullying almost drove him to suicide). Since then, it seems that Morse’s relationships with women have been marked by tragedy. In his undergraduate days Morse had a relationship that ended badly and resulted in him losing his scholarship and having to leave university without a degree to join the army. This relationship is first alluded to in the second episode of series 3, ‘The Last Enemy’ where Alexander Reece (a character who recurs in the Endeavour pilot) mentions ‘Wendy.’ Later, in the first episode of series 6, ‘Dead on Time’ a character appears who is presumed to be the same woman, but this time her name is ‘Susan.’ In Endeavour a scene between Morse and Reece cleverly accounts for this apparent confusion: ‘Reece: What was the name of that girl we were keen on… Wendy, was it? Morse: Susan. She preferred Susan.’ Since then, it would appear that Morse’s potential love interests have mostly been either murder victims or murderers themselves. Some critics have accused the character of misogyny, but, though there is certainly a difference in his attitudes towards men and women, it usually manifests in him being more sympathetic towards the latter.

Morse: Wouldn’t you say I was fair? 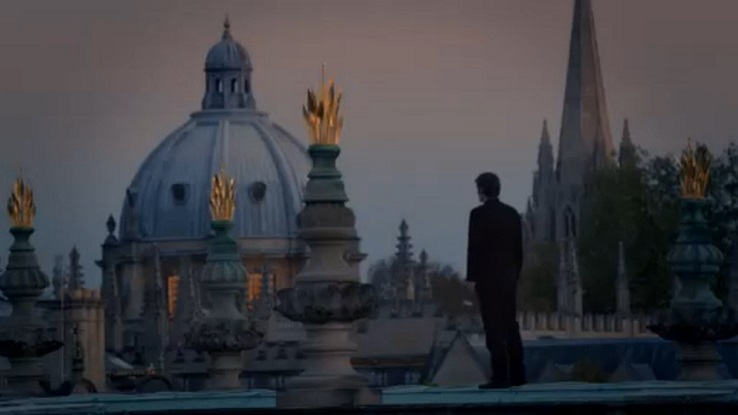 3. Morse has a phobia of blood and heights, both of which have been known to make him either sick or faint.

4. He is a huge fan of classical music and opera, particularly Wagner. He sings in choirs and left money after he died for a music scholarship called the ‘Endeavour Award.’ He is also very knowledgeable about Classics- he studied ‘Greats’ at the fictional Oxford college ‘Lonsdale’- and poetry, which he is revealed in series 6 episode 5 to have read to annoy his stepmother.

5. Named after the champion crossword setter Jeremy Morse, Endeavour is extremely adept at crossword puzzles, a talent which has served him well when dealing with the peculiar murders which take place in his Oxford. He dislikes grammatical errors and is prone to correcting those of others.

6. In ‘Masonic Mysteries’ we are introduced to Morse’s former superior, retired inspector Macnutt who helps Morse with his challenging case before meeting an unfortunate end. This foreknowledge of the character’s demise was probably key to the decision to introduce ‘Inspector Thursday’ as Morse’s guide in Endeavour though, since he is not mentioned at all in the series, one is led to wonder what horrors might await him… 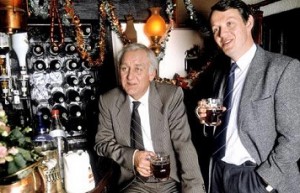 7. Morse is extremely fond of alcohol, in particular whiskey and real ale. In Endeavour he starts out being entirely abstinent, but he develops a taste after being given a pint by Inspector Thursday. It’s implied that the reason for his sobriety is his disinclination to turn out like his father. Later he claims he ‘thinks better’ over a pint.

8. Morse has a particular fondness for classic cars and owns a distinctive Mark 2 Jaguar, however his interest does not extend to sentimentality. From the first episode, ‘The Dead of Jericho’, we are shown that he has no particular qualms about putting his car in the path of danger (though he later seems irritated about needing to get it repaired) and in ‘Driven to Distraction’ he suspects a car-salesman of murder partly on the basis of his reference to Morse’s Jaguar as ‘she.’ 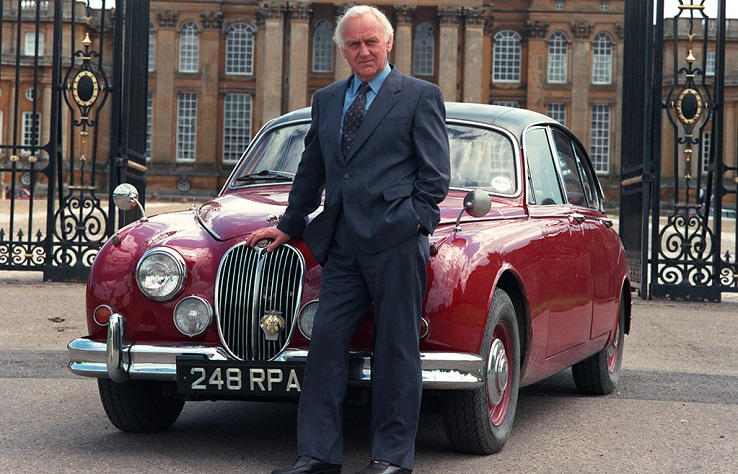 9. Portrayed as a good-hearted curmudgeon in Inspector Morse, his aims, like Thursday’s before him, centre around the pursuit of justice even at the cost of accepted police procedure. This disregard for the expected way of doing things appears to be the main reason why he has not been promoted beyond the rank of Chief Inspector despite his obvious skills. Despite this, he is shown as having an (albeit prickly) fondness for his colleagues, in particular Sergeant Lewis, Chief Superintendent Strange and pathologist Max DeBryn.

10. Morse is a master of deduction. He leaves the ‘practical’ policing mostly to Lewis and the pathologists (in part because of his distaste for gore) and instead bases his conclusions mostly on more ‘Holmesian’ methods. Morse is also akin to Holmes in his frequently less-than-normal response to social situations in which he can often be acerbic and at times appear somewhat cruel (or at least emotionally stunted). Though undeniably fond of Lewis, he frequently snaps at him for little or no reason and the when confronted by the anxiety of parents whose child has gone missing, for example, his response suggests a certain lack of empathy:

‘Max: Think of it like losing your finest recording of The Ring Cycle
Morse: Yes, but I’ve still got it on cassette!’