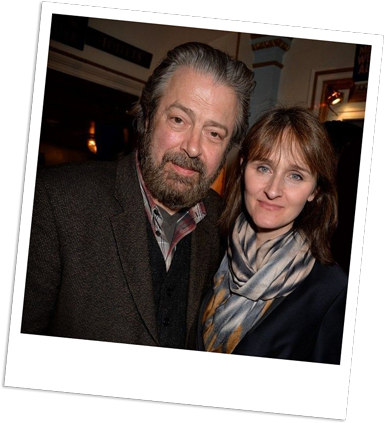 Married to: Actress Rebecca Saire, with whom he has two children

Education: Christ’s Hospital School and The University of Manchester

Early Influences: Allam first became interested in theatre during his days at Christ’s Hospital School. A book in the school library called Great Acting caught his attention along with the school and house plays that were on at the time. He became especially interested in the versatility of the actors of the time and saw plays at the Old Vic for 15p.1

If Not an Actor, Then…: A singer. When he was a young man, Allam took singing lessons with the English National Opera and at one stage considered becoming a folk singer.2

Awards:
Two Olivier Awards for ‘Best Actor,’ the first for his 2001 role of Captain Terri Dennis in Privates on Parade at the Donmar Warehouse in London’s West End and the second for his 2010 portrayal of Falstaff in Henry IV Parts 1 and 2 in the Globe Theatre.

An Olivier Award for ‘Best Supporting Actor’ for his performance as Henry Graves in the National Theatre’s 1999 production of Money.

An Evening Standard Film Award for his comedic performance in Tamara Drewe.

Most bizarre role to date: Possibly that of the first ever talking testicle in the surreal radio play Heather3.
Mind you, in another radio play he starred as the historic Hotel Chelsea, so it’s quite stiff competition for the ‘strangest’ accolade.

Roger Allam was born on the 26th of October 1953 in Bromley-by-Bow, East London. The son of a vicar, Allam spent most of his boyhood moving around still war-torn London and cites “playing on bombsites in the East End in the ’50s” 5among his earliest memories. He attended Christ’s Hospital School in Sussex, which he describes as “an Oxbridge forcing house for the lower middle classes.”6Founded by Edward VI in 1552, the school’s uniform alone must have seemed a daunting prospect: “We still wore 16th-century uniforms –  long cloaks and clerical bands and knee-high yellow socks to keep away the plague. Oh, it was very camp” 7 (and, indeed, as the school’s website shows, it still is).8

Clothing quips aside, Allam’s time at the school can hardly be said to have been a period of unequivocal happiness: “I was very stupid at that school. I was flung into this incredibly hostile environment and was in all the bottom sets. You had to call boys a year or two older than you Sir, and if you didn’t they could beat you about the face and neck.”9 Articulate, erudite and charming as the man is now, it’s nigh on impossible to imagine him ever having been perceived to be even remotely ‘stupid’ (or , for that matter, ‘zombie-like’) but the necessity of having to “adapt to such things”10 certainly seems to have stood him in good stead for his subsequent career as one of Britain’s most versatile actors.

Aside from playing rugby11 and the guitar12 (presumably not simultaneously), he also had his first experience of the theatre as a result of studying Hamlet at that school and this proved to be a “liberating”13 -not to mention ultimately career defining- discovery. Theatre provided “a lifeline” and “a kind of education”14 to a young Allam as he went to sit on the “little padded benches in the gallery” of the Oliver-era Old Vic for just 15p.15

The play was Tom Stoppard’s Rosencrantz and Guildenstern Are Dead and the experience left a profound impression: “The fact that I was studying Hamlet meant that I understood the play easily, so I felt ushering into a strange mixture of a private world for me but also a public world shared with this large crowd of strangers that was the audience.”16

A multi-talented young man, upon leaving school Allam briefly entertained the notion of becoming a professional baritone; he had taken singing lessons with a teacher at the English National Opera who was “very encouraging.”17

His parents might, perhaps, have felt reassured by this decision, having heard him sing (“they’d heard me doing solos in choir”18) but the ‘acting bug’ had quite thoroughly sunk its teeth in and they supported his decision to study Drama at The University of Manchester.19

In his 20s, Allam cultivated not only his love of acting, but also his passion for cooking. While for a lot of young people it’s all they can do to summon the motivation to heat a tin of soup (I speak here from experience), Roger Allam was spending three days preparing and cooking duck “the French way” for a party. “I was in my early 20s and loved doing the elaborate French stuff”- oh but of course… 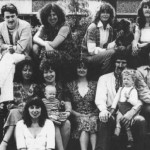 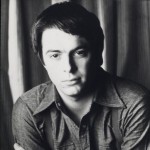 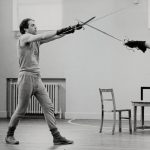 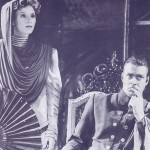 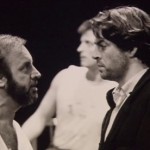 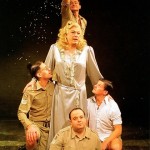 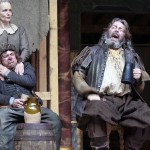 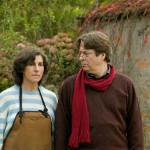 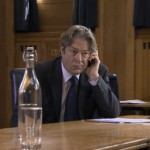 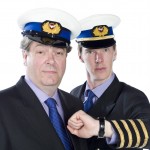 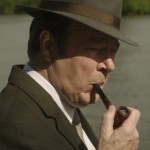 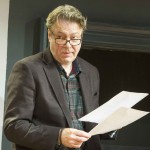 Despite a near-miss in the Comedy Theatre (now the Harold Pinter Theatre) during his student days when he almost dropped a piece of scenery from the fly tower onto the head of actor Paul Scofield,20 Allam managed to graduate unscathed and after university and got a job as one of only two men in the feminist group ‘The Monstrous Regiment‘ because, as he diffidently puts it, he could “play several musical instruments.”22

It has been noted that Allam is as ‘modest as he is ‘versatile.’23 The ‘several instruments’ in question were in fact “piano, keyboard, guitar, bit of banjo and mandolin”24 (an impressive tally by any margin), and his role within the group also consisted of myriad different roles from writing to stand-up.25 Having remained with the group for two years (1976 – 1978) there began a stint at Contact Theatre in Manchester.

His roles there included that of Angelo in Measure for Measure and the title role in Macbeth: “I was quite good as Angelo. I was crap as Macbeth but I was getting experience.”21 This experience proved invaluable and, further augmented by rep work in Birmingham and Glasgow, eventually won him a place in the Royal Shakespeare Company in 1981.

In his years at the RSC, Allam gained a reputation as one of the company’s finest speakers of verse.26 The director Bill Alexander stated him to be “a master of complex classical language” who can “get at the thoughts underlying it with great clarity.”27 His voice, described by one journalist as ‘rich and yummy as millionaire’s shortbread’28 is indeed a marvel, and one which the man himself credits in part to his experiences of singing but also to the “vast amounts of red wine and cigarettes [that] did the rest.”29 His performances at the RSC won him great acclaim, and on this topic I will let the critics tell the story with their complimentary reviews (which will be added to this site in the fullness of time).

Further information about his extremely varied career can be found elsewhere on this site so I won’t linger, but seeing him on stage is an experience I cannot recommend highly enough; as has been noted, he is ‘one of those actors with the rare gift of making an audience purr with pleasure.’30

It is worth mentioning at this juncture for those of you who haven’t yet had the privilege that several past productions can be viewed for free at the National Theatre and Victoria and Albert Archives, or, in the case of Henry IV, purchased on DVD. From originating the role of Javert in the West End to winning Olivier awards for the roles of flamboyant crossdresser Terri Dennisand the lovable rogue Falstaff in Henry IV, it’s fair to say that ‘versatility’ is certainly one of Allam’s crowning characteristics.

In the words of the man himself: “I belong to an older tradition that encouraged you to be as versatile as possible. I remember seeing this book at school about Olivier, Gielgud and the like. It had all these pictures from their rep days in all sorts of roles. That’s what acting is all about, I thought.”31 This versatility has often been seen as a mixed blessing which; though Allam has been highly regarded within theatrical circles for decades, he was often seen of having fallen just short of having become a ‘household name.’32 Now, however, this all seems set to change. With a starring role in the hit BBC series The Thick of It along with other acclaimed performances in recent times on screen, stage and radio, it seems that the name ‘Roger Allam’ will no longer be the reverent reserve of theatre-addicts for much longer. In 2006, a reporter wrote ‘he’s yet to have the screen break- ie, a hit detective series- that makes you a household name’.33 With a leading position in Inspector Morse prequel Endeavour, these words seem now to be somewhat prophetic.

Roger Allam is a remarkable actor and consummate professional who has been praised for a ‘quality of “sexy imperturbability”‘34 (which was noted particularly when, during a performance of The Importance of Being Earnest he ruptured a calf muscle but merely “altered his movements slightly, so that very few people in the audience knew anything was wrong”35 ) but he is also a ‘famously nice guy’36 who genuinely deserves every ounce of praise that can be heaped upon him. If I might be allowed a personal interjection, I first saw Roger Allam on stage in Macbeth when I was 5 years old and, although this was not a production for which the praise was universal, it certainly left a lasting impression on me. It’s very much thanks to him that this website exists, and we hope you enjoy it.

– ‘About’ section by Kayleigh, with help from other team members