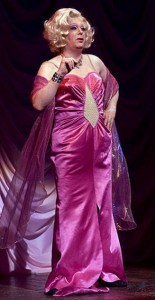 If there were any justice, Allam would be a huge star rather than just one of the best and busiest actors in the game. It’s not just that he can turn his hand to anything – from superbly spoken Shakespearean verse to a harrowing modern drama like Blackbird, from a magnificently corrupt cop in the latest series of Ashes to Ashes to a glorious farce like Boeing Boeing – but he has terrific charisma and sings strongly, too. Whenever he is on stage, you know that you are in the safest of hands and that you will be royally entertained.

For all the sequins, feathers and mascara, the single element that defines La Cage aux Folles is a brief moment of stillness at the head of the show’s principal number, I Am What I Am. Allam is the master of the unspoken, and a single pause is simply heartbreaking.