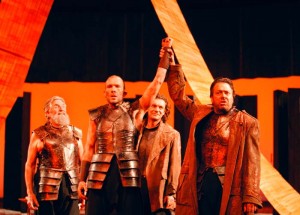 Allam’s Ulysses is the engine that powers Nunn’s production, matching a consummate command of verse with a thoroughly modern tone.