Roger Allam will be one of the jury members at the 28th Dinard British Film Festival. Held in the seaside town of Dinard in northern France, the festival programmes a showcase of recent UK cinema and acts as a gathering point for UK industry. This year’s competition jury, who will award the Golden Hitchcock, is led by filmmaker Nicole Garcia, whose recent title From The Land Of The Moon played in competition at Cannes last year.

In 2016, The Hippopotamus was amongst the films selected for the 27th edition of the Festival. 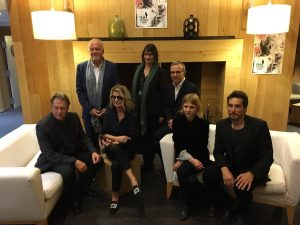