The performances from this able cast are a credit to Nunn’s full blown directorial skill.

Roger Allam’s Lopakhin has a poignant fastidiousness, using a tea service’s sugar cubes to map out one solution toward saving the very estate that he will later buy. 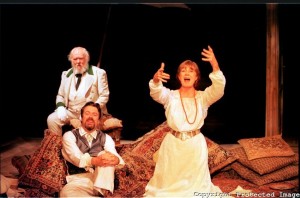 Roger Allam, an actor I have always admired, is simply wrong for Lopakhin, too smooth and genteel, unable to show the clumsy peasant beneath his newly prosperous exterior.

Class is also the key to Roger Allam’s excellent Lopakhin…